Podcast #4: Searching for a native language through translation

“translation becomes an act of reclaiming, of re-centering of the identity. It does not create a new language, but it elevates a dialect to the status of a national and cultural language.”

As part of our weekly translation theory reading group, we had the pleasure to read ‘The Search for a Native Language: Translation and Cultural Identity’ written by Annie Brisset and translated by Rosalind Gill and Roger Gannon (in Venuti (2000), The Translation Stud 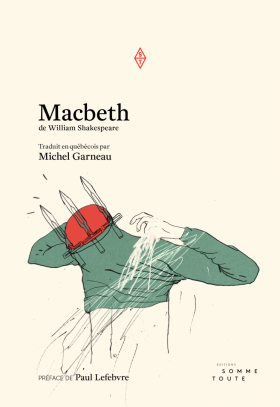 This seminal work questions the issues surrounding the theory of translation and issues of language; in particular, when framed within the context of minority languages. Brisset questions the traditional notions of Target language and Target text within the context of Quebecois and reveals that “the absence of a target language, the language into which one translates, is not usually cited as a formal translation problem” (p. 345).

Nonetheless, for Brisset, ‘traduit en Québécois’ [translated into Quebecois] rather than ‘traduit en français’ appearing on the front of Michel Garneau’s translation of Macbeth is a re-territorialising operation in which “translation becomes an act of reclaiming, of re-centering of the identity. It does not create a new language, but it elevates a dialect to the status of a national and cultural language” (p. 346)

Since the writing of this article in the 1990s, the visibility of some minorities has become ever-more prevalent in the mediascape and the global consciousness. For better or worse, minority language communities are developing new, locally grown methods for disseminating their culture through peer-to-peer dialogue, ever-diverse media offerings and through Web 2.0.

Nonetheless, we wanted to investigate whether the issues that Brisset raises in this article are this relevant today. We invited Yairen Jerez, Laura Linares and Amaia Arakistain Arrieta to talk about the main minority linguistic groups of the Iberian Peninsula and whether some of these issues still hold true.

LINK to Podcast of Interview